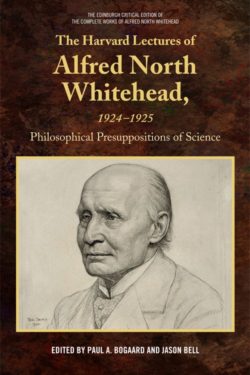 After more than ten years of work, the Whitehead Research Project has produced the first volume in the Edinburgh Critical Edition of the Complete Works of Alfred North Whitehead: The Harvard Lectures of Alfred North Whitehead, 1924-1925: Philosophical Presuppositions of Science, edited by Paul Bogaard and Jason Bell. The focus of the conference will be exploring the significance of this recently published material, which throws new light upon the development of Whitehead’s philosophy. With the publication of this new material, long-standing theories about Whitehead’s early philosophical efforts may now be challenged or overturned, and signals the beginning of a whole new era in Whitehead scholarship. It is anticipated that the essays delivered at the conference will be collected as part of an edited volume based on the conference proceedings.