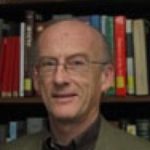 John Quiring, Ph.D. has worked at the Center since 1983.  As a librarian, he compiled nearly 200 thematic bibliographies of process books and articles. As Program Director, he has facilitated Center seminars and conferences, consulted with visiting scholars and graduate students, and co-organized meetings of the Society for the Study of Process Philosophies (in conjunction with the American Philosophical Association--Pacific Division). John also teaches Ethics, Introduction to Philosophy, and Philosophy of Religion at Victor Valley College. 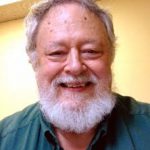 David’s 1966 college degree and major was in experimental psychology (Earlham College).  After finishing one year of graduate work in psychology, he shifted to journalism. He returned to academic studies at the Claremont School of Theology, being graduated in 1978 with a Ph.D. in pastoral counseling. His dissertation, guided by John Cobb, showed how Whitehead’s theories of concrescence and perception underlie core theories in Gestalt Therapy.

He retired from practice in 2016 after 45 years of full time outpatient psychotherapy.  During that time, in collaboration with the Center for Process Studies, he has given lectures, developed and lead conferences and workshops on topics integrating process thought with psychology. He was invited to deliver a paper at a major conference in China in 2009 and led a section in the 2015 mega-conference in Claremont.

His dissertation was published as a book (Toward a Process Psychology: A Model of Integration) and several of his published papers have appeared in Process Studies. The most recent shows how closely the brain’s hemispheres correlate with causal efficacy and presentational immediacy.

He is continuing to develop theory for psychology based on his work in process thought. 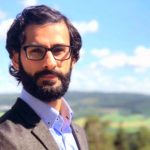 Farhan Shah is a Muslim philosopher and a doctoral research fellow at the University of Oslo, the faculty of Theology. His doctoral dissertation is on Muhammad Iqbal's reconstructed concept of Islam, in dialogue with Whiteheadian inspired process philosophy and theology, as propounded by John B. Cobb. He additionally holds a MA in philosophy of religion and society from the University of Oslo. Farhan's academic interests include modern Islamic philosophy and theology, Muhammad Iqbal, Christian-Muslim dialogue (along process lines), religiously inspired eco-philosophy/theology, and humanism. Farhan advises CPS on contemporary movements in Islam, the philosophy of Muhammad Iqbal, and prospects for eco-humanistic interpretations of Islam. He helps facilitate conferences on these and other subjects.