Get a sneak preview at what’s in the next issue of Process Perspectives with this report from our Executive Director, Andrew Schwartz . . . 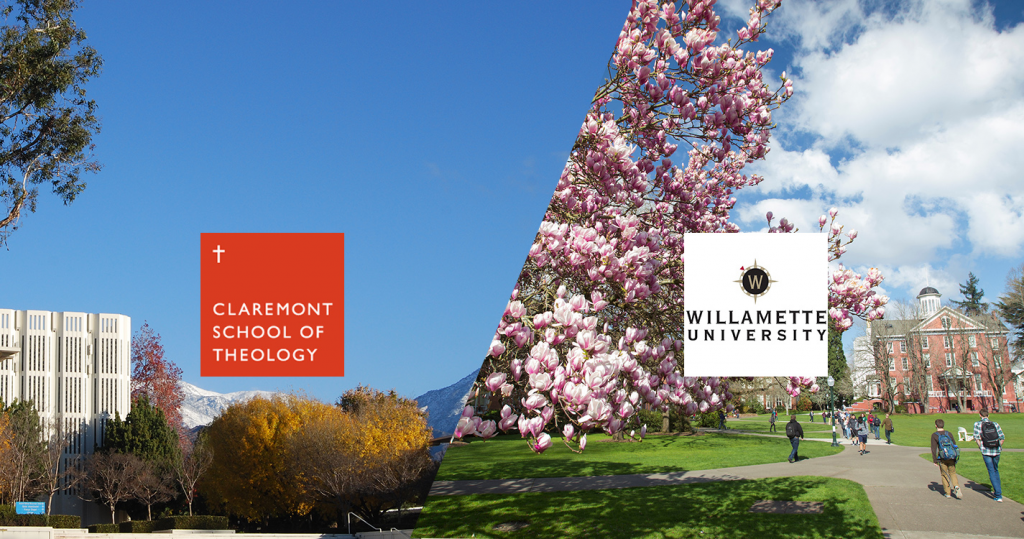 For more than 45 years, the Center for Process Studies has been a cherished part of the Claremont, California, culture. Established by John Cobb and David Griffin as a faculty center of Claremont School of Theology in affiliation with Claremont Graduate University, “process” and “Claremont” have become synonymous for many. Generations of scholars began their process journeys in Claremont as students of Cobb, Griffin, and Suchocki. Others came to Claremont as visiting scholars, spending months at a time doing research at the CPS library. Still others have enjoyed the SoCal weather when attending CPS conferences in the “City of Trees and PhDs.” No doubt, Claremont has been an important part of the CPS identity and has been a wonderful home for nearly half a century. The relocation of CPS to Salem, Oregon marks the end of an era.

A few years ago, Claremont School of Theology began a due diligence process to explore the possibility of relocating and embedding within Willamette University in Salem, Oregon. This due diligence process is outlined in three stages: MOU, affiliation, and combination. In February 2019, the Memorandum of Understanding (MOU) between CST and WU was signed. In May 2019, the affiliation period began with the signing of an affiliation agreement. During this period, CST and Willamette will continue as independent institutions, though CST operations will begin an incremental relocation to the Willamette campus. This incremental transition will begin Fall 2019 and may take 2-3 years to complete as the schools work to obtain accreditation approvals, resolve legal matters (including the sale of the Claremont campus), as well as getting approval by the California Attorney General to transfer CST assets to Willamette. The end goal is for CST to be embedded within Willamette University as its third graduate school. For more information about CST and Willamette, visit: willamette.edu.

As a faculty center of Claremont School of Theology, the relocation of CST entails a relocation of CPS. Andrew Schwartz, CPS Executive Director, will be part of an initial team of CST faculty relocating to Willamette in Fall 2019, serving about 120 students in the hybrid (online, low-residency) and residential Master’s programs during the 2019-20 academic year. Over the next year, he will coordinate with CPS staff to begin closing down Claremont operations while simultaneously developing the foundation for a new manifestation of CPS in Oregon.

The move to Oregon provides an opportunity for important discontinuity within the history of CPS, allowing space for a creative advance into novelty. The creation of a new process organization, the Claremont Institute for Process Studies (CIPS), is one outcome of this creative advance. CIPS was formed in early 2019 as an independent California nonprofit working in SoCal (especially Claremont and the greater Pomona Valley) to promote process thinking and ecological civilization. This new organization will serve as an ongoing partner for CPS—a way to continue process work in Claremont while expanding our network in the Pacific Northwest and beyond. CIPS has now signed an agreement with University of LaVerne which will also serve as an institutional support for process work in Southern California.

Launching a new era in the history of CPS is an adventure that invites reimagining the role of CPS in the wider process community. This reimaging was the focus of the annual CPS Advisory Board meeting on February 14, 2019. What does CPS need to become as we live into what David Ray Griffin has termed “The Whitehead Century?” During the meeting, three themes emerged. First, CPS must remain a leader in research and programming on process thought and its application in various fields. However, this new era must be characterized not simply by explaining what process thought “is,” but by what process thought “does”—introducing process thought by way of its relevance for addressing issues of major concern for society at large. Second, CPS must remain a communication hub for connecting process scholars and organizations worldwide. With the use of modern technologies, there are new opportunities for sharing digital resources, online educational activities, public scholarship, as well as social platforms for sharing news about process publications and events from around the world. As we look toward the future of CPS in a digital age, our identity and services will be decreasingly tied to a single physical location (Claremont, Salem, or otherwise). Finally, CPS must continue playing a service function to the worldwide process community, especially as new process organizations emerge in various communities around the globe. With more than 35 centers for process thought in China, several in Europe, and now CIPS and the Center for Process Spirituality in Arkansas (CaPSA) in the USA, it is increasingly important for CPS to find ways to support the work of these partners.

Among other things, this new era for CPS will be shaped by being housed in a liberal arts university with new faculty partners and bright undergraduate students eager to get involved with the work of the Center. Willamette faculty have already expressed strong interest in working with CPS, especially on ecological civilization and our China project. Our first CPS event at Willamette is scheduled for June 17-18, 2019, a one and a half day workshop titled “Can Philosophy Save the World?: Beyond Capitalism, Consumerism, and Systems of Exploitation, Toward Ecological Civilization.” As a transdisciplinary (or even post-disciplinary) Center, the work of CPS will certainly be enhanced by having a new home in a liberal arts context with departments and majors specializing in topics like ecology, education, psychology, physics, philosophy, and more! This new era for CPS will be a time in which we cultivate a new generation of process leaders—a task that will be enriched by the emerging CPS identity at Willamette University.

Read more about what’s happening in the world of Process in Process Perspectives, our biannual newsmagazine.