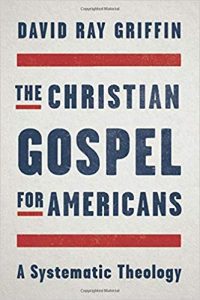 In 1934, Confessing Christians in Germany declared that support for the Nazi regime violated the basic principles of the Christian faith, thereby creating a status confesionis (confessional situation), requiring a binding doctrinal stance on sociopolitical questions. In this book, the result of a lifetime of engaged religious, philosophical, and critical inquiry, David Ray Griffin declares that with regard to American Empire, the church in America is in a similarly dire situation and must stand up for the integrity of the Gospel. He writes: “Our Christian faith at its best would lead us, both as individual Christians and as churches, to oppose the American Empire in the name of God. As long as the church does not explicitly oppose this empire, it is, by its silence, a de facto supporter.” Chapter by chapter (in some cases, verse by verse) Griffin argues that Christians in America must deal with the darker side of their country, especially its imperialism, racism, and nuclear and climate policies. With clarity and insight, Griffin points out ways in which the American Empire is similar to the Roman Empire—the empire that crucified Jesus—and urges Christians, “publicly and unequivocally” to reject it. To that end, Griffin has written a theology that aims always to keep in mind the meaning of “gospel”—good news. That is, it focuses on the primary doctrines of Christian faith, which are unqualifiedly good news, as distinct from secondary and tertiary doctrines, some of which have delivered bad—sometimes horrible—news. The primary doctrines are rooted in the Bible, especially the teachings of Jesus of Nazareth. Written from the perspective of process theology, the book is “liberal in method and conservative in content.” “Liberal in method” means that all appeals to authority to establish truth are rejected. Theology, like philosophy, can argue for the truth of its doctrines only on the basis of evidence and reason. So although the reality of revelation can be affirmed, theologians cannot make claims for the truth of events or doctrines by claiming that this truth was revealed. It is “conservative in content” by virtue of employing a constructive postmodern worldview, based on the process philosophy of Alfred North Whitehead. Being “conservative in content” does not mean affirming the types of conservative theology that allow secondary and tertiary doctrines to distort the gospel’s primary doctrines. It means reaffirming primary doctrines of the Christian gospel, such as God’s creation of the world, God as actively present in us, and divinely-given life after death. American Christianity is in crisis. In this timely book, David Ray Griffin preaches the Gospel—not interpreted for the convenience of Americans, but to remind Americans of what the Gospel actually says and what it calls us to do.

Available for purchase through Amazon.com.