The Center for Process Studies works across disciplines to promote the exploration and application of process-relational thinking in various areas. Over the years, special “Projects” have been created for ongoing work in key areas.

Below is a list of our current Projects. Interested in a topic but don’t see it represented in the Projects below? Check out our Topics page for more info on work we do beyond these special Projects.

The China Project, a program of Center for Process Studies, was founded in 1998 to promote the study and application of process thought by Chinese scholars and to enhance mutual understanding between Chinese and Western cultures.

The China Project believes that process thought opens the possibility of combining Chinese and Western cultures and integrating premodern, modern, and postmodern insights from both Western and Eastern thinkers. It is hoped that through this interaction process thought will play a vital role in contributing to the well-being of China and the global commu­nity.

The China Project promotes and fosters this constructive interaction between East and West through the sponsoring of conferences, translation projects, publications, visiting scholar programs and establishing process centers in China.

Claremont School of Theology and Claremont Graduate University, two of the schools that are located most closely to Asia, have continuously interacted with various religions and philosophies in Asia. The Center for Process Studies has played a pivotal role in making this close interconnection between East and West possible. In terms of dialogue between Korean heritage and Process thought, it is invaluable that the Center for Process Studies decided to launch the Korea Project Program. This project allows scholarly, cultural, and social interaction between West and East, contributing to bringing two cultures closer together.

Whitehead’s thought has had occasional reception in Latin America, but no movement or community has emerged from this. Efforts were made by the Center for Process Studies to establish a positive relation with liberation theology during the days of its greatest flourishing. However, success was minimal. Recently the situation has changed sufficiently to justify a new effort.

Most important is that George Pixley has settled in Claremont. Pixley is a biblical scholar who has spent most of his life in Latin America and who was deeply involved in the liberation movement there. He is also committed to process thought. The other person who has fully combined liberation and process commitments is Ignacio Castuera, who also lives nearby. A visit of several months by Gorgias Romero from Chile crystallized the idea of a new initiative.

This led to a visit of a team from the United States holding a conference at the Pontifical Xavier University (Jesuit) in Bogota, Colombia in Spring 2008. Excellent relations have been established with that university. We can expect help in making wider contacts in Latin America. 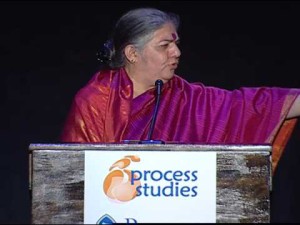 Institute of Ecological Civilization in Korea

Humanity is facing a dreadful threat of current catastrophe. Merely changing social and cultural patterns, which are based on the mechanical understanding of ecology and civilization, will not be enough; nothing less than civilizational paradigm change is necessary if humanity is to avert the predicted consequences in the near future. Even though we seem to be aware of the approaching crisis, we are hesitant to think and act differently because we feel that we are not ready to radically change or we do not know where to go.

Each sector of society must be analyzed for its potential contribution. IECK seeks to lay the groundwork for civilizational change in Korea. That requires clarifying the problems that have led us to the brink of catastrophe, engaging in research on possible alternatives, advocating practical long-term solutions, and supporting the implementation of changes on both large and small scales.

IECK seeks to promote the Ecological Civilization which is related to the common good by means of the relational approach found in process thought. Process thought is based on the work of philosophers Alfred North Whitehead, Charles Hartshorne, and John B. Cobb, three contemporary examples of a long standing philosophical tradition that emphasizes becoming and change over static being.

Process thought is a philosophical system that describes the world in fundamentally relational terms. According to process thought, every unit of reality is in an ongoing process of change, and everything that occurs is a confluence of one’s inherited past, contextual possibilities, and individual agency.

Thus Process thought helps to harmonize moral, aesthetic, and religious intuitions with scientific insights. IECK follows the great thought in Process philosophers to develop and enhance the discussion between Eastern and Western religious and cultural traditions, especially in Western societies and Korea. Process thought offers an approach to the social, political, and economic order that brings issues of human justice together with a concern for ecology and sustainability. Our wide range of interests includes multicultural, feminist, ecological, inter-religious, political, and economic concerns. Our ultimate vision, what we hope to achieve, is to research and advocate the policies required for an ecological civilization in Korea.

Process & Faith (P&F) invigorates the life of religious communities by showing how the resources of process thought help communities of faith to engage fully in today's world. P&F operates under the banner of “Real Spirituality for Real Life,” because we believe that is exactly what a process-relational worldview offers – real ways of living out our faith in the world in which we live. P&F offers a regular blog on everyday spirituality, lectionary commentary, an annual Summer Institute and various educational resources.

The Center for Process Studies has established The Whitehead Research Project (WRP), under the direction of Roland Faber, in an effort to further its commitment to the research of, and scholarship on the texts, philosophy, and life of Alfred North Whitehead. WRP explores and analyzes the relevance of Whitehead’s thought in dialogue with contemporary philosophies in order to unfold his philosophy of organism and its consequences for our time. In encouraging a fresh and bold approach towards the ever-expanding possibility suggested by Whitehead’s written material, both published and unpublished, WRP is also committed to the continuing adventures of his ideas across disciplines, and thus encourages the integrative and syncretistic approaches that have been so characteristic of the legacy of his work.

To find out more information, please visit the WRP website. 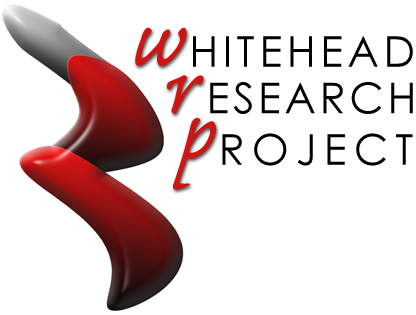 The Common Good International Film Festival is based on Alfred North Whitehead’s process philosophy – a worldview that focuses on the radically interdependent nature of all that exists. Given this interdependence, we are each responsible for contributing as much as we can toward the common good. Intercultural appreciation and understanding is a component of the common good that can be fostered by viewing and discussing excellent films produced around the world.

Offered in conjunction with the Common Good International Film Festival:

Exploring ways of cultivating multi-faith appreciation, social justice, respect for animals, and care for the earth in local settings by means of art, music, story, theatre, learning circles, grass-roots advocacy, and public lectures – built upon four ideas: (1) that human fulfillment lies in living with respect and care for the community of life, humans much included; (2) that the universe lends itself to this respect and care, because it is a communion of subjects not a collection of objects; (3) that every person’s life counts, especially those who are otherwise forsaken, forgotten, or abandoned; and (4) that there is a spirit of creative transformation at work in the world, non-coercive but always beckoning, that is on the side of life and its flourishing. Widening the Circle partners with local organizations to design, create, and sponsor events that help people hear the voices of people, animals, and the earth; empowering them to build communities that are creative, compassionate, participatory, egalitarian, multicultural, humane to animals, ecologically wise, and spiritually satisfying – with no one left behind.

Also, be sure to check out our partner, GAIN (Greater Arkansas Interfaith Network), and this list of 2018 events. 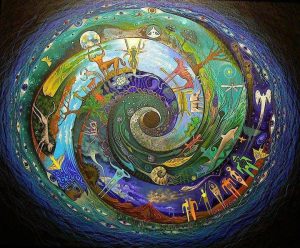 Experience is fundamental to reality. As Alfred North Whitehead wrote, the "final real things of which the world is made up....are drops of experience, complex and interdependent." The Process Phenomenology Project conducts research and programming pertaining to the nature of experience. This involves a wide range of themes, including transpersonal psychology, psychedelics, philosophy of mind, and more. Learn more.

All Things Cosmic is a podcast from the Center for Process Studies that engages cutting edge discourses across disciplines, from science, philosophy and religion, to art, aesthetics and activism. Through informal interviews of scholars and artists whose work contributes or is relevant to process modes thought, All Things Cosmic situates its discourse among three core convictions: that creative evolution, axiological persuasion and aesthetic articulation are fundamental to the cosmos. Far from being dislocations in a foreign universe, human existence, experience, and expression are exemplifications of all things cosmic. Learn more.