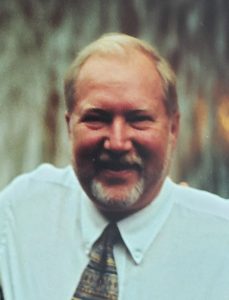 George W. Shields (born April 22, 1951) passed away on Aug. 13, 2020. He had been ill since November of last year after complications from a surgery left him with a serious attack of sepsis. He managed partial recoveries and was full of plans for the future, but a series of complications left him unable to return to life as normal. He died peacefully, surrounded by his wife Marsha of 35 years, and his family. George had recently completed The Mind of Charles Hartshorne: A Critical Examination (Process Century Press 2020), co-authored with Don Viney, a work of which he was very proud and which he was able to see in print. In 2017 he wrote concerning his family, friends, and career, “I . . . feel most, most blessed. My life has been so filled with unanticipated joys and dreams fulfilled; in many respects it has been oddly perfect, at least perfect for me.”

George Shields took Bachelor (1973) and Master of Arts (1975) degrees from the University of Louisville (U of L). He received the Ph.D. from The University of Chicago (1981) where he wrote on Charles Hartshorne under Alan Donagan and David Tracy; he did post-doctoral study at  Oxford University. At the time of his death, he was a faculty of the Comparative Humanities Ph.D. Program and Senior Professorial Lecturer in the Department of Philosophy at U of L, an institution he served for more than 40 years. Dr. Shields was recognized by the U of L Delphi Center for Teaching and Learning as a “University of Louisville Faculty Favorite” based on student nominations. He was also Professor Emeritus of Philosophy and Environmental Studies at Kentucky State University, where he served for fifteen years as Chair of Literature, Languages, and Philosophy and as interim Dean of the College of Arts and Sciences. At Kentucky State in fall 2000, he was elected University Distinguished Professor. He was author, co-author, editor or co-editor of eight books, including Studia Logica, an advanced appendix to Stephen F. Barker’s classic The Elements of Logic, and Process and Analysis: Whitehead, Hartshorne, and the Analytic Tradition (SUNY Press, 2003), one of his many publications that attempted to place process philosophy in constructive dialogue with the analytic philosophical tradition. He was author of over 120 articles and reviews in professional journals, scholarly books, and conference proceedings. A specialist in philosophy of religion and American philosophy, he was twice selected as NEH lecturer at faculty training institutes and was past President of the American Academy of Religion Southeast, the AAR’s largest division. He was recipient of a Sir John Templeton Award for science-religion courses. During his tenure at Kentucky State, he received more than $400,000 in competitive grants and other monetary awards from the American Scientific Affiliation, Council on Post-Secondary Education, NEH, NEA, U. S. Department of Education, and the U. S. Department of State. Before his hospitalization, he was serving as a Research Fellow at the Center for Philosophy and the Natural Sciences at Sacramento State University and was on the International Advisory Board of Process Studies.

Those of us who knew George as a colleague, knew him as one for whom life and thought were never far apart, always eager to explore the world of ideas, knowledgeable of a diversity of perspectives, generous in his disagreements, expert in the formulation of arguments, attentive to the aesthetic depths of experience (he was a musician), creative in his solutions to the problems of religion and philosophy, and ever self-effacing and witty—in the truest sense of the word, a philosopher, a friend of wisdom.