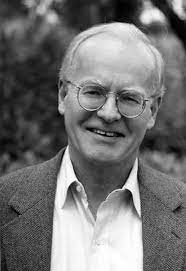 Many of you have already received news that our dear friend and teacher, David Ray Griffin, passed away at the age of 83 on November 25th. After battling cancer for some time David’s oncologists referred him to hospice in late July which quickly became 24hr home care from early August until his death. A beloved husband, father, brother, and colleague, David is survived by his wife Ann Jaqua, his daughter Lydia Griffin, his brother Lee Griffin, his stepdaughters Jennifer, Allison, and Sara Jaqua, six grandsons, and a global process community that mourns his passing and celebrates his profound impact throughout the years.

In 1973 David became the founding Executive Director of the Center for Process Studies and a faculty member at Claremont School of Theology and Claremont Graduate University. He spent decades organizing creative and innovative conferences, conducting rigorous research in philosophy, religion, and theology, frightening students with his infamous red pen, and fundamentally shaping the process movement worldwide.

For some, David is best known for his work on “constructive postmodernism”—a branch of philosophy he coined that has become extraordinarily influential in China. For others, David is best known for his work on religious naturalism, pluralism, parapsychology, and the problem of evil, having written many notable books and articles on these topics. Still, for others, David is best known for his leadership in demanding truth around the September 11, 2001 attacks. Regardless of how you learned of David’s work, regardless of the topics he explored, or the questions he entertained, a common theme emerges. David was an uncommonly clear and systematic thinker. He was as bold as he was brilliant, drawn to difficult topics that most others shied away from. The depth and breadth of his work, engaging important issues with a keen and kind mind, has been the model for the Center for Process Studies and continues to guide us into the future.

Continuing his critical thinking and writing until his final days, David’s most recently published book is titled James and Whitehead on Life After Death (2022), no doubt written with his own mortality in view. But the tragic state of global affairs being what they are, David was committed to completing one last book before he died. He succeeded. The title of this forthcoming publication is America on the Brink: How the US Trajectory Led Fatefully to the War in Ukraine (2023). That these are the last two books David wrote is a great testament to his career and ability, balancing not only hard-hitting topics in philosophy and theology, but also urgent public and political issues. Oscillating between academic discourse and engagement with public concerns was a hallmark of David’s incredible career. It is a commitment shared by his teacher John B. Cobb Jr. and has been a core feature of the work of the Center for Process Studies these past fifty years.

The Center for Process Studies is planning a celebration of David's life and legacy in conjunction with our 50th Anniversary Celebration in February. The memorial service is open to the public and will take place on February 14, 6pm, at Claremont United Church of Christ. We have also created a special David Ray Griffin Legacy Fund, to support ongoing programming in philosophy, religion, science, and politics at the level of rigor and boldness that was always true of David's work. We will miss you, David. Thank you for your years of leadership and reenchantment, and the deep impact you’ve made. We hope you are now experiencing the realities of which you so candidly wrote in your final months:

"It might be, then, that we will continue to exist as long as we, at a deep level, want to continue. Besides allowing us the continued life that we want, life after death thus conceived would allow time for souls to actualize all their potentialities, to reach a state of wholeness, and thereby to have their lives finally make a contribution to the divine life with which they can be content."

(James and Whitehead on Life after Death)

On behalf of the Center for Process Studies and the global process community, we celebrate David’s life and legacy, and the objective immortality of his contributions to us all. If you’d like to give to the David Ray Griffin Legacy Fund, please click here.